Who didn't love recess games back in the day? For 30 glorious minutes, you could get away from the classes and the homework and just have some fun. You might have enjoyed playing on the jungle gym, swatting away at the tetherball, or making up games with your friends on the spot. Recess was full of a lot of memories, including memories of some great classic recess games.

What Are Classic Recess Games
You'll Remember From Your Childhood? 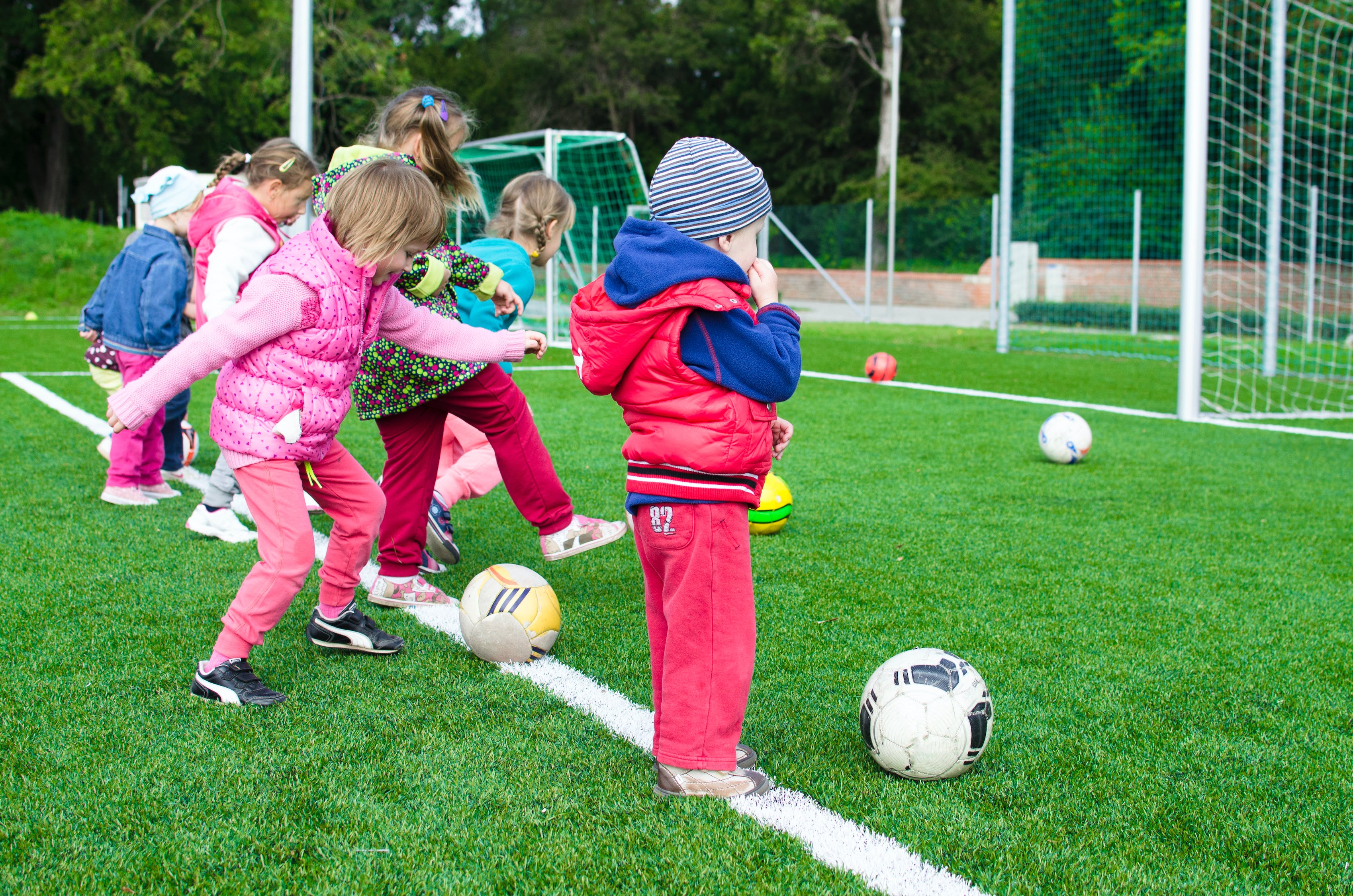 Some of the best recess games you might have played could be Red Rover, Capture the Flag, Soccer, Hopscotch, Four Square, and Tug of War. Chances are some of these recess games bring back fond memories of playing with friends, forging new teamwork strategies, and dealing with narrow wins and losses.
You might have had an ongoing contest with a friend to see who could hang onto the monkey bars longer, or maybe you and your friends had four square tournaments every Wednesday. However these classic recess games were played, it was probably a lot of fun for everyone involved.

Is There a Need for Classic Recess Games? 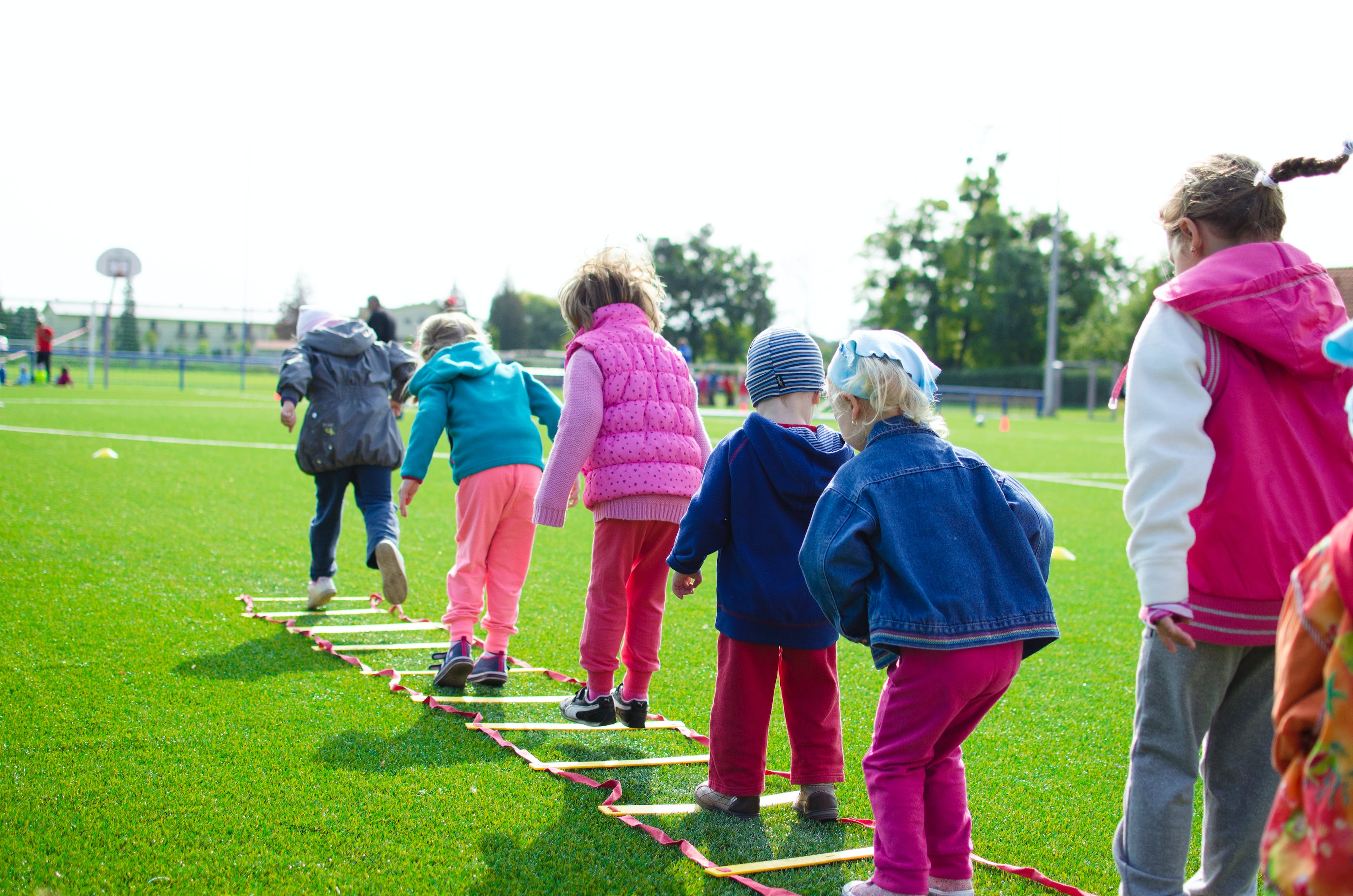 In an age of smartphones, online games, apps, and gossip, it seems like the old see-saws and tetherball racks are getting used less and less. More and more kids are accustomed to indoor fun, even when the weather is fine, and that's not the best thing in the world.

At school, you are typically cooped up all day at a desk, and for both young and old kids, this can be a problem. Sitting for a long period of time isn't good for the blood flow in your legs, or for your energy levels. Even an hour of outdoor play and exercise can be beneficial for everyone.

Schools are still building playgrounds and scheduling a time for students to be outdoors, and it's up to the kids to use it. For parents, it might be time to put the phone down and tell your kids all about your favorite classic recess games. Maybe you can get a game going and let them share the information with their friends. 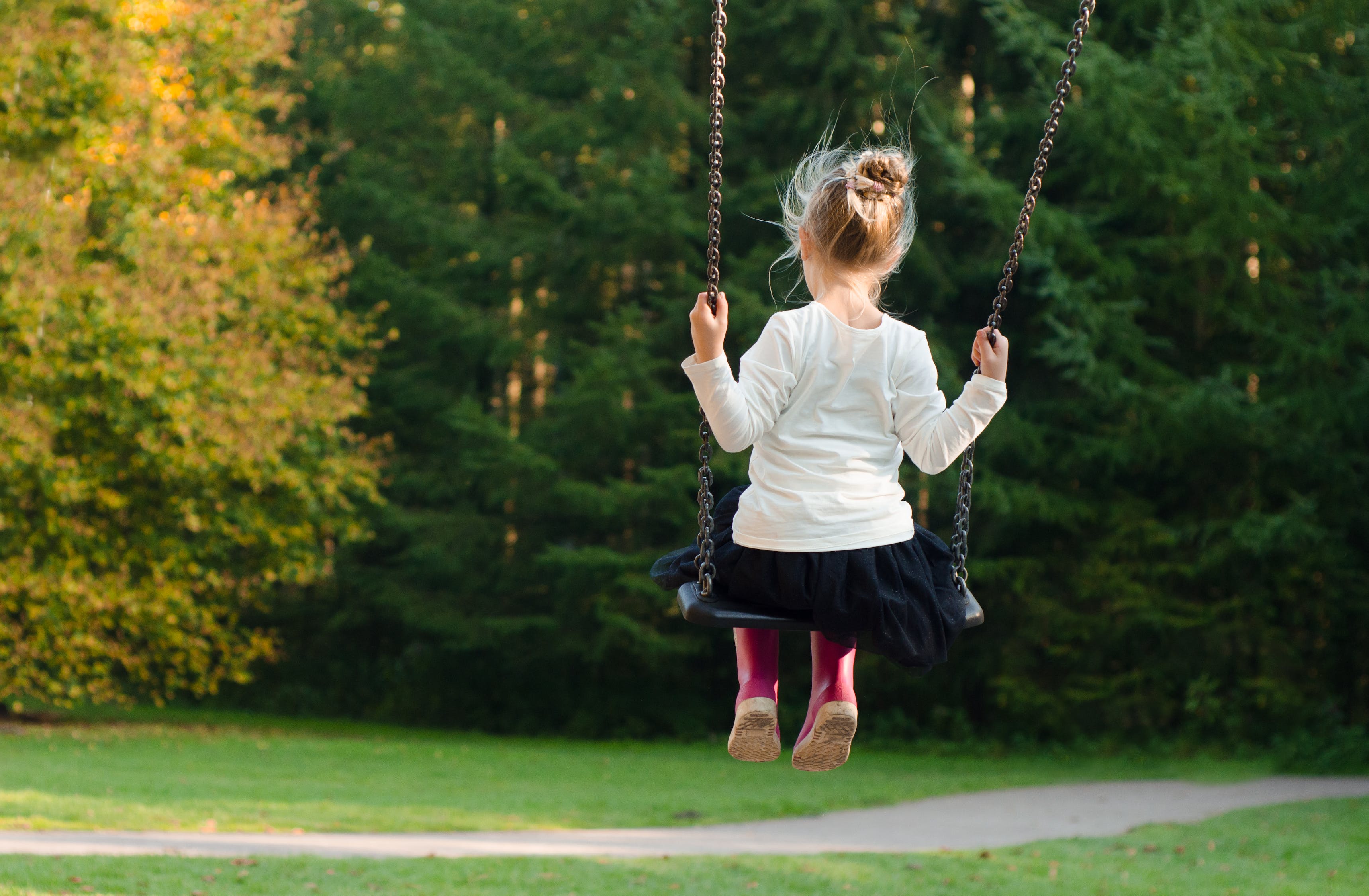 This classic twist on tag encourages teamwork, and can really show where friendship loyalties lie (depending on how long it takes for your ‘best friend' to unfreeze you.) It works exactly like regular tag, only if you are tagged by the person who is ‘it' then you are forced to stay frozen in place until someone who isn't ‘it' unfreezes you. For larger groups, try having more than one person be it and watch the fun!

This is a great indoor or outdoor recess game, and all you need is a ball, pole, and some string. Divide the playing area into two fields and have two equal teams stand on either side of the pole. The goal of the game is to whack the ball with your hand so the ball wraps around the pole. Your opponents are trying to stop the ball and whack the ball on your side. As long as you don't get hit by the ball, then it's a very fun game to play and it can also tire kids out.

While basic, this game is a classic if you are in an area where there are lots of hiding spots. One person is ‘it' and counts to a predetermined number, while the other kids hide. Once the counting is done, then the seeker tries to find as many kids as he can before giving up. It's loads of fun, and it's very interesting to see what will give the hiders' positions away! Sometimes it's something as small as a cough or sneeze!

There's a reason capture the flag is a game mode in several video games nowadays, and that's because it's so darn fun! Two flags (or other capturable objects) are placed in two bases, each one held by a different team. The aim is for one team to capture the other team's flag and then try to get it back to their own base without being caught. If caught they have to wait in jail, where they can be freed by other teammates coming into the territory.

All you need is some chalk and a ball to play this recess game, four people stand inside a large square divided into four smaller squares. Then they take turns passing the ball and bouncing it inside their square, going from square 1 to 4. If someone doesn't bounce the ball or misses a pass, then they are demoted in square number or switched out for another player.

This recess game is a test of speed and skill, with several rule variations. The jacks are scattered on a playing surface, then the ball is bounced. Players allow the ball to bounce once, and then the player has to pick up the jacks and then catch the ball before it hits the ground… all with the same hand. It's certainly much harder than it looks, especially if you are picking up more than one jack.

Having recess games like Patty-cake can seem a little young for some players, but once you get started, it can quickly become addicting. There are several patterns and variations for clapping games, and some people even do secret handshakes or other movements, trying to keep themselves synchronized. It can be loads of fun if you create your own secret handshake and then see how fast you and a friend can complete it.

This is one of those recess games where miscommunication is loads of fun. Players sit in a circle where one person thinks of a phrase or sentence. Then they whisper it to the person sitting beside them, who whispers it to the next person, and so on. Once the sentence gets back to the first person, they repeat what was said and then the real sentence. Then everyone can laugh at how different the two sound.

This game doesn't have anything to do with Easter but is still fun. Kids stand in a line, thinking of colors, while one kid (who is the wolf) says a color after a few seconds. Any kid who thought of that color has to run to an area with the wolf chasing them. If a kid is caught, then they become the new wolf, otherwise, the game starts over with the same wolf.

Kids sit in a circle with their heads down, while one person walks around tapping them on their shoulders and either saying ‘duck' or 'goose.' On duck, they stay still. On goose, the speaker runs around the circle and tries to get back to the goose's spot, with the 'goose' chasing them. If the speaker is tagged, the goose becomes the new speaker.

This game has kids sit in a ring with one in the center covering their eyes. The kids pass an object around the circle for five seconds, and then the kid in the center gets three guesses to see who's holding the object. If they guess right, the holder goes in the center.

This classic recess game can be done with a bean bag or ball, where two or more kids say the ‘hot potato' chant while passing the object back and forth. Once the chant is over, whoever holds the object is out, and the game goes on until there's a winner. Get a large group of kids together and have them all say the chant quickly for extra fun.

Simon says has one kid be Simon, who must ask people to do certain things (jump up and down, stand on one leg, etc) by starting the phrase with “Simon says” If the kid doesn't say Simon and someone does the action, they are out. The game continues until everyone is out, with the last person becoming the new Simon.

A staple of school gyms, who doesn't remember playing dodge ball? Two teams, several balls, and a wild few minutes of fun as both teams try to get as many opposing team members out as possible. Throwing balls and trying to hit their opponents, while also dodging the projectiles sent their way. As long as the balls are soft and everyone aims below the neck, then everything is all good. Plus, it's a rush of adrenaline.

This might sound like the simplest recess game on the list, but there is something fun and addicting about proving a test of speed. Racing from one landmark to the next or going across the playground before someone else is a lot of fun, especially if you get some relays going. Have teams run around, tagging one another or passing a baton around to signal who is running.

This game is all about combining hide and seek, tag, and capture the flag. One player is it and places an empty can in the middle of a field. Then they count to ten, while everyone else hides. If a hider is found and tagged, they are sent to jail. Other found players can attempt to run over and kick the can to set everyone free.

The game is pretty self-explanatory, but a great way to settle arguments on the field, and a pretty fun classic recess game in its own right. You can add other objects and pairings to give more ways to win and more strategies to come out on top!

A grid of nine squares is created, and one player is ‘X's' with the other as ‘O's' They place their chosen letters in a square, trying to get three in a row while also attempting to block the other player. Once three in a row happens or there's a tie, the game is over.

While not really a typical classic recess game to play, how many times did you walk out to recess with friends, think up a story, and begin to play it out just like that? Letting your imagination take the reins is loads of fun, and can lead to some great schoolyard adventures.

Conclusion: Pick a Game and Change it Up 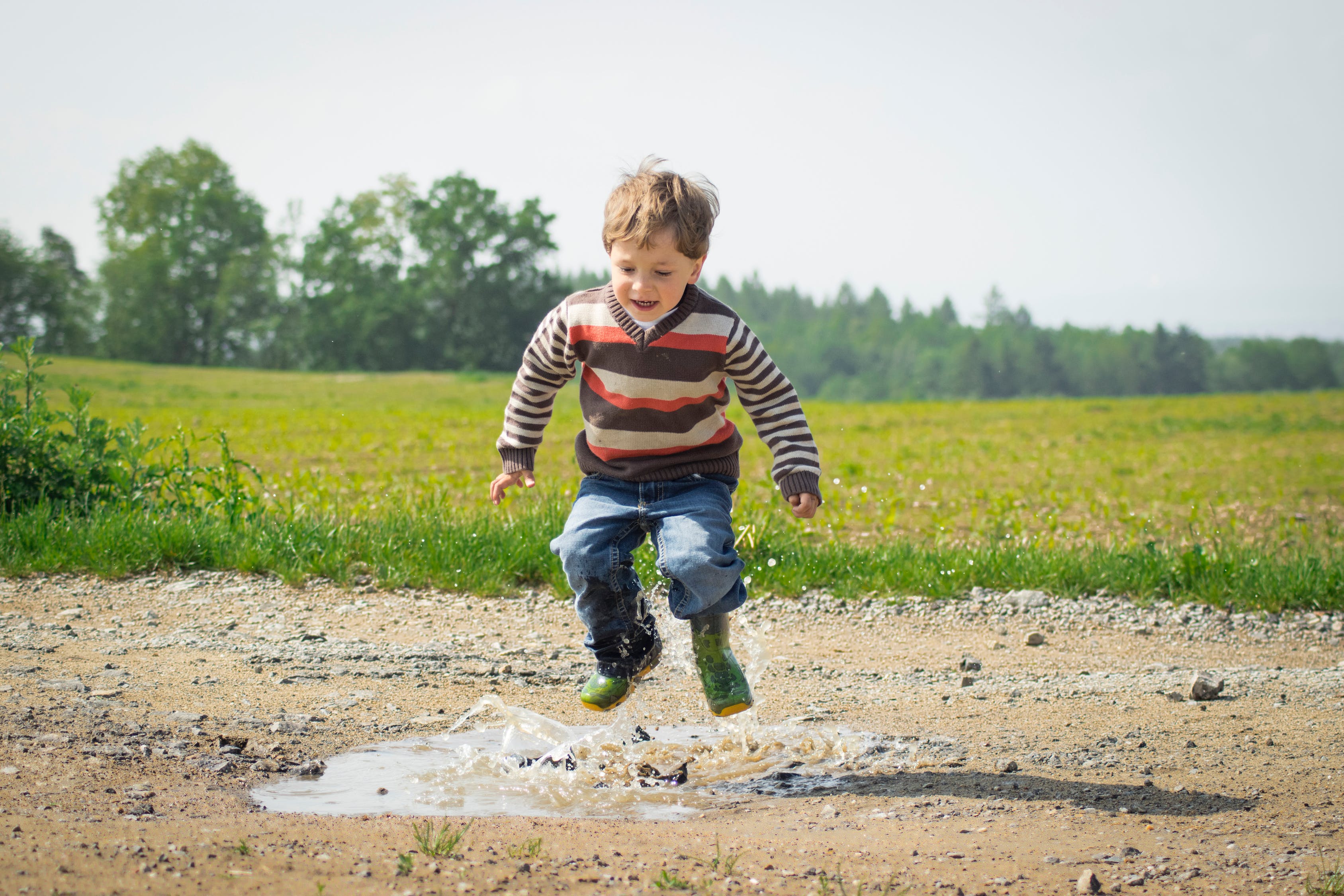 All of these classic recess games from your childhood can easily be changed up for the modern generation. Add more rules, incorporate more or fewer players, create new versions of the same game, or start a tournament with prizes. These games are infinitely customizable, and with a little imagination, they can be made fun for everyone.

Be sure to talk to your kids about the importance of physical activity, and share with them some lessons and skills they will develop by playing these games. See if there's a game that plays to their strengths or interests for extra fun!

So, grab your kids or your class and tell them about your favorite classic recess game or games. Maybe they'll want to give some of them a go the next time they are outside!

What is Tetherball? How it Came About and How to Play

Four Square Rules: Everything You Need To Know

When Was Cricket Invented? How the Sport Arose and Why We Love It